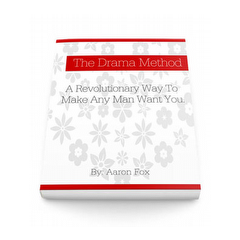 Change yourself to be the most tempting and irresistible woman he's ever come across.
Be An Irresistible Women

learn how to interact in Japanese to get your point across easily and effectively.
Easy Way to Speak Japanese

I often hear from wives who could tolerate or even embrace a certain behavior early in their marriages, but who are now struggling with the same behavior once they have had children or have been married for a while.

One such is example is moving for job opportunities or advancement. This can make sense early in your marriage. After all, financial stability can make things much easier. But once you have children or really want to slow and settle down, this can cause major conflict among spouses.

A wife might say: “my husband has been with the same company for over twenty years. It was clear to us from the beginning that his company expected him to move every couple of years and we were willing to do this because it was a great opportunity at that time. I don’t regret those early years because we would not be where we are financially if we had not embraced that lifestyle. Plus, I got to meet some great people and experience new cultures. I wouldn’t trade those experiences for anything. But now we have children. And moving every couple of years has grown tiresome to them. In our current home, they have now made some wonderful friends and they love their schools. Likewise, I am very involved with some organizations and activities that I love. Just as my family has gotten to the point where we can look around and say that our lives are just about perfect, my husband has announced that he really wants to take a job half way around the country. I am really upset about this and if I am telling the truth, I am very angry with my husband. He is now at a point in his career that he no longer has to travel. I’m sure that his company wouldn’t be thrilled if he refused, but he has become so valuable to the company that it is not like they would fire him. I’d be willing to accept less money at this point. Because we were so accommodating before, we have a lot of savings and are in good shape. At this point in our lives, stability is more important to the majority of my family than money. It is only my husband who disagrees. I am honestly considering divorcing him if he pursues this. I simply do not want to move again. And if I have to let him go to stay put, then so be it.”

I can understand why the wife felt the way that she did. After all, she likely felt that she had spent the last several years making the compromises with the idea that one day she would no longer have to and now she feels as if her husband has been misrepresenting the situation somewhat.

But although I feel that the wife was justified in her thinking, I question whether it is a sound decision to divorce her husband before trying to work this out. After all, a divorce was going to affect her live as much (if not more) than any move and it was most certainly going to affect the lives of her children.

To me, it makes sense to try to work this out in a way other than taking it to this extreme. I’ve never been through a divorce. But I have been through a separation that almost turned into a divorce and I can tell you that it is extremely painful and I would recommend avoiding it if you can.

I know that this is a tough issue, but I would have to think that you could find some compromise. Perhaps your husband could add some travel to his job so he could still advance, at least some. Perhaps he could return to a more mobile lifestyle once the kids are grown. It could be that your husband perceives that he must move because of the economy. He may fear that he doesn’t have the job security that you assume. Perhaps he could talk with his boss and just be honest. Of course, if he is given a choice between moving and losing his job, then we’re talking about a whole other scenario. But he is not going to know what he is facing until he talks frankly with his boss.

I agree with you that the most important thing right now is the well being of your children and their family life. I also agree that moving isn’t always conducive to that when it can be avoided. Obviously, I can’t know all of the details here. But I hate to see discussions of breaking up a family and a marriage until every compromise and negotiation has been tried. I will admit that I am biased, but in my opinion, there are very few decent reasons to divorce an otherwise perfectly good spouse with whom you share a family. Of course, abuse is always one legitimate reason. You never want to be in a situation where you are being hurt. But not being able to agree on where to live is a very different category.

Of course, I can not and would never make decisions about any one else’s marriage. Only the spouses can do that. But divorce is a serious decision. I would hope that the parties would exhaust all other options before going that route.

Demi Moore Said Her Marriage to Ashton Kutcher Was a 'Codependency.' Here's What That Means

Oolong Tea May Help Shed Pounds While You Sleep

A Brief Synopsis Of Pommel Horse

Chemical Peel and the Pathology Behind It

Getting Your Home Ready For An Outpatient