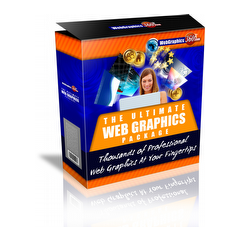 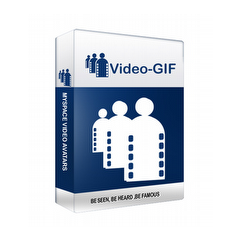 A timid clownfish who travels hundreds of miles in search of his son and an amnesiac regal blue tang who guides him along. A rat who can cook teams up with a prestigious chef’s illegitimate son who can’t. A trash compactor robot on Earth who falls in love with an advanced robot visiting from outer space to inspect for signs of life. A grumpy old retired widower who flies along with his entire house to Paradise Falls and a tubby little sprightly boy scout who is accidentally carried along. These are some of the unique pairings that have wonderfully driven Pixar Animated Studios to Oscar glory. Now consider this: a green little monster who knows each and every way to scare but can’t actually scare anybody, and his mighty college companion who can frighten one to death but is a one-trick pony. Does this Pixar pairing seem unique enough to hold up to its predecessors? No really…

That’s problem number one Pixar’s latest venture Monsters University has to overcome. Problem number two: the movie is a prequel. Pixar is hardly known to make prequels or sequels; its only super successful franchise is the Toy Story Series, which began in 1995 and has continued with two hugely acclaimed sequels, the third part being nominated for the prestigious Best Picture at the Oscars. The other known franchise is Cars, whose sequel Cars 2 cold barely score among critics (I adored both the films though).

This seems to be the decade of sequels of Pixar; on one hand, Monsters University comes ten years after the brilliant Monsters Inc, while on the other, Pixar classic Finding Nemo continues its legacy with Finding Dory, to be released in two years. Sequels or prequels is equal to familiarity, and we always expect Pixar to give us something new and original. Nobody bothers when rival studio Dreamworks clings to its green ogre Shrek to make money, but we have come to expect much greater things from Pixar, so the thought of watching its memorable characters do another act disconcerts us because we’ve seen the best already.

Problem number three: this movie is set in a college. You’d ask what’s wrong about that? American Pie was set in college and it worked. But keep in mind why American Pie worked: it was an R rated comedy about the three-letter-word with a lot of four-letter-words used in their three-letter-word context. Monsters University is G rated, and it’s comedy involves watching the lunch lady serve garbage to students while freshers are given a totally positive picture during an orientation of Monsters University conducted by a hyper-cheery girl. There are jock monsters, geek monsters, blonde monsters, prep monsters and other monsters of different shapes, sizes and colours in this university led by a staunch female dragon Dean. Oh so familiar you’d think if these were actors instead of monsters, this film would have been instantly forgotten.

Some of the names are cringe-worthy too – the movie’s protagonist Mike goes to ‘Frighton’ Elementary School as a child. Its a take on the word ‘fright’, get it? Uhm… not so bright. Also, you’d be surprised during this film to find sequences that remind you of other films. There’s an ‘initiation ceremony’ that’ll take you straight to the Ring of Fire sequence from Finding Nemo. The first part itself with the monster introductions feels similar to another animated film Hotel Transylvania, which albeit spent too much time showing one monster after the other. Five problems or rather challenges already, and does Pixar manage to overcome all of these? Yes, to a large extent it does.

I’d probably use the word ‘redeem’ than overcome here; Monsters University redeems itself by getting back its Pixar magic post interval. Until then, your eyes don’t open with the usual sense of wonderment while watching Pixar movies. You want to be googly eyed like the protagonist Mike when he steps into Monsters University for the first time, but you are unfortunately squinting instead. When you see his initial rivalry with Sullivan, you feel like you’ve seen all this before. Even when actress Helen Mirren unleashes her Miranda Priestley cum Sister Aloysius as Dean Hardscrabble, you still wait longing for signs of Pixar again, feeling as though you’re watching a Dreamworks film that’s been mistakenly marketed as Pixar’s.

By the interval, I’d coined the term ‘Pixar’s blot’ for this film, because I found nothing to positively surprise me in this work. This term would not be used for this film at all, however, as the second half surprised me – in a big way.

The film wakes up and becomes altogether special once Pixar’s magic slowly fills in like the scare-meter used by students of Monsters University to record scare-levels of children. Once Mike makes a wager with Dean Hardscrabble to retain him into the ‘Scare Program’ (he is suspended from the same for creating a chaos during their exam) if he stands the winner of a college event called ‘Scare Games’, he teams up with four other not-scary-in-the-slightest fraternity guys and his rival Sullivan, who’s also suspended and joins their team Oozma Kappa only to get back into the program; when the team begs to understand each other’s strengths and capabilities, you begin to see Pixar’s flashing light that you were waiting for so long. There’s an unexpected surprise I won’t disclose here, and eventually the film’s broader themes seem to have the depth of Pixar’s earlier efforts. The only problem in the end is the first half itself, which although seems necessary after watching the whole film, has no moment of Pixar spark. That jumpy little lamp you see every time he logo appears (he’s Luxor Jr., from an earlier short film) was probably on low voltage until the interval. Thank goodness everything turned out right afterwards and it burned bright. But I constantly was worrying the little bulb would blow out, and I don’t want to get that that feeling again, not from Pixar.

Looking For Total Life Changes Reviews? Here’s What You Need To Know

9 Sweet Potato Recipes You Need to Try This Winter &nbsp;

A Third Party Review Of Q Sciences – Is It A Good Company?

How to Buy the Right Gymnastics Equipment for Home Use

Here Are Some Basic Skin Care Tips For You!

Pros And Cons Of Walk In Tubs And Showers