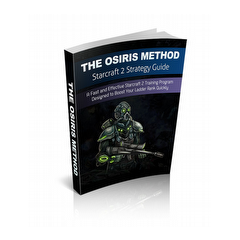 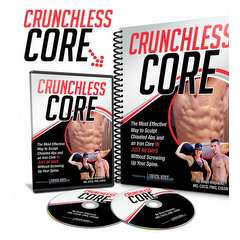 The Most Effective Way To Sculpt Chiseled Abs Without Screwing Up Your Spine.
Crunchless Core Workouts

As our understanding of dog behaviors and motivations become clearer, the training techniques we use have developed accordingly. However, not every training program will fit every pup, and the owner needs to be acutely aware of their pet’s personality before launching into a comprehensive class. The first step in this process is a keen understanding of the options that are available for the owners, how they work, and what kinds of dogs they are a good fit for.

The Koehler Method is one of the oldest dog training programs and is still taught to this day. This method has its foundation in the belief that the pooch learns through its own experiences and choices. When the trainer or owner punishes or rewards them after these choices, it reinforces certain patterns of behavior. Often, this learning method is described as: action, memory, and desire. Ultimately, the pup’s desire of getting rewarded will shape their actions, all of which is shaped by its memory of previous actions and the consequences.

Motivational training, as one might suspect, is a method of dog training that focuses on an immediate reward after successfully obeying a command. The reward can be a treat, petting, or verbal cues in positive tones. Typically, this routine ignores bad behavior in an attempt to phase out of such actions, since they thrive on their owner’s attention. This method requires significant patience and restraint from the owner. An offshoot of this strategy is to employ a clicker or whistle. For example, when a pup obeys a command, a clicker makes a noise that gets their attention and is often coupled with a treat. Ultimately, the treats can be phased out, so that they will produce the required behavior just based on the noise they are conditioned to.

On the disciplinary side of dog training, electronic training is a potentially effective plan but can be controversial. With this method, a small electric shock is registered as a punishment for their action. However, it is unclear how this might affect their relationship with humans in the long term. Some prefer this method when working with large or aggressive dogs, as it gives them a behavioral control device that is operated from a distance. However, the process does not foster trust or affection between the trainer and the animal, and there may be unknown long-term consequences for the happiness of the hound.

Recently, the model-rival theory has become increasingly integrated into the mainstream training world. It is centered on a model for the dog and the behavior that they should attempt to achieve. This type of training can be done with a professional trainer and their well-trained pets. Dogs are intelligent enough to pick up the parallels between the other pups’ relationships and its own relationship with its owner. Since they are social animals, they can learn in groups, as long as the groups are orderly and don’t act as distractions. Younger puppies are more prone to being easily distracted.

Every method requires patience and understanding with the dog, and it may take several false starts until the perfect one is found. The important thing is not to give up! Each dog wants to please its owner and do the right thing. It’s just a matter of which method is best for your furry companion.

How To Manage Cat Urination

Demi Moore Said Her Marriage to Ashton Kutcher Was a 'Codependency.' Here's What That...

Is Niacin a Missing Piece of the COVID Puzzle?

Improve Your Health While Relaxing In Your Hot Tub

Want To Check Your Organ Health In 1 Minute?

How List Building Can Help You Boost Your Online Business